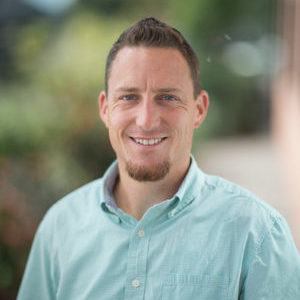 It probably looks a bit odd to start something with that word. Some of you may have even wondered for a second if that was supposed to be there. In most cases, amen is a term that we find at the end of something, so much so that for most of my upbringing I actually thought the term meant “the end,” or some type of formal way of saying “goodbye” to God when you were finished praying. More so, what I have found is that subconsciously, many people operate with that mindset. Amen marks the end of our time of prayer and then we go on with our day.

From a Biblical perspective though, amen was used at both the beginning and the end of prayers and important statements that the writer wanted to emphasize. The term is most often translated as “verily” when used to start something, which is 2x the amount of times than when it is translated as “amen.” This use charged the reader to “pay attention!” and had a sense of declaring that, “what I am about to say is true.”

When used at the end of a prayer or statement, the term carries a similar declaration about truth, but it also indicates a continuation of prayer with a meaning of “so be it” or “may it be fulfilled.” In other words, amen isn’t an ending, but an explanation point that urges a continuation of prayer. Even more so, culturally, amen was a communal response from a congregation joining in with the prayer being offered by the rabbi leading an assembly.

Understanding this really changed my perspective on prayer and the use of the term amen, and gave me a deeper understanding of Paul’s charge in 1 Thessalonians 4:17 to, “pray without ceasing.” Really, the term is an invitation to continue in the act of listening to the Spirit throughout our entire day and as a way of joining with others in prayer for one another.

Verily! May we be a people who echo “let it be done” throughout our day as we pray for those around us. Amen!