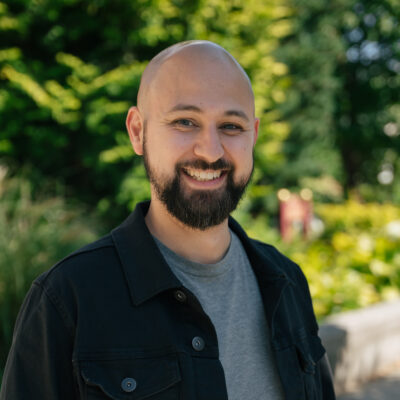 And a great crowd followed [Jesus] and thronged about him. And there was a woman who had had a discharge of blood for twelve years, and who had suffered much under many physicians, and had spent all that she had, and was no better but rather grew worse. She had heard the reports about Jesus and came up behind him in the crowd and touched his garment. For she said, “If I touch even his garments, I will be made well.” And immediately the flow of blood dried up, and she felt in her body that she was healed of her disease. – Mark 5:24-29

Our readings from the Gospel of Mark this week show us one of a number of moments in scripture where Jesus, in his power, works suddenly and decisively in a situation that has been broken and painful for a long time.

Perhaps, in one way or another, you can relate to the pain and long-waited-for healing of this woman; whether in a relationship, a work situation, a longing for racial-justice, a financial struggle, or like her – in physical health.

This side of eternity, and before the “putting right of all things” (N. T. Wright), we live in the tension between two realities: On the one hand, apprenticeship to Jesus is “a long obedience in the same direction” (Eugene Peterson) in which He comes alongside us, bears our burdens with us and gives us peace and patience to continue. And on the other hand, there are also times when we see the in-breaking of heaven to earth where “one touch from the King changes everything.” Those instant, immediate and miraculous ways in which God brings wholeness.

Said another way, God works both through “suddenlies” and “graduallies.”

Generally speaking, our culture loves the “suddenly” stories of life, often neglecting the “gradually” which preceded it. And at the same time, it can be easy to live in a broken situation of one variety or another and, understandably, feel that “it will always be this way.”

The intent of the gospel authors is to show us who Jesus is. In Mark 5 we see both Jesus’s compassion on those who have been waiting for a breakthrough for a long time, as well as His power to bring breakthrough in an instant.

My prayer is that whatever you are walking through this day that you would experience Jesus for who He really is; the one who is with you in every trial and the one who is powerful to bring greater change than you could ever imagine possible.

Lord, would you fill us with faith to see Jesus with us today!
-Andy