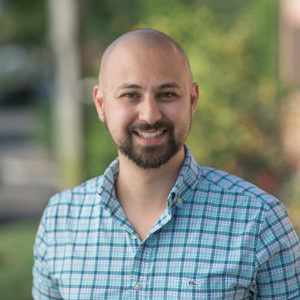 “Holy, holy, holy is the LORD of hosts;
the whole earth is full of his glory!”

And the foundations of the thresholds shook at the voice of him who called, and the house was filled with smoke.” – Isaiah 6:1-4

In recent days I’ve been reflecting on the need for followers of Jesus to grow in their appreciation of the greatness, holiness, and majesty of God. Specifically that experiencing God as He really is, actually helps us quite profoundly in the current climate of conflict and division in our country.

“Woe is me! For I am lost; for I am a man of unclean lips, and I dwell in the midst of a people of unclean lips; for my eyes have seen the King, the LORD of hosts!” – Isaiah 6:5

When we encounter – or even simply remember – the fullness and majesty of God, we become acutely aware of our own sin and rebellion, and we are disabused of any notion of superiority over those with whom we might disagree (politically, socially, interpersonally, or otherwise). Stood before the Lord we see so clearly the level playing field of brokenness that humanity inhabits. None of us are worthy to come before Him.

“Then one of the seraphim flew to me, having in his hand a burning coal that he had taken with tongs from the altar. And he touched my mouth and said: ‘Behold, this has touched your lips; your guilt is taken away, and your sin atoned for.’” – Isaiah 6:6-7

Similarly, when we dwell on the saving, atoning work of Jesus in His death and resurrection which is available for all of creation (Colossians 1:19-20) we’re shown once again the possibility of renewal, rescue, and redemption for all people, no matter how we have regarded them in human terms. The grace of God extends even to the places that we might feel are too far gone; in ourselves, in others, and broadly in the world.

My prayer for us in this season is that like the prophet we would see God in all his glory, and that as His image-bearing children we might be bringers of unity, who echo the heart of the prophet: