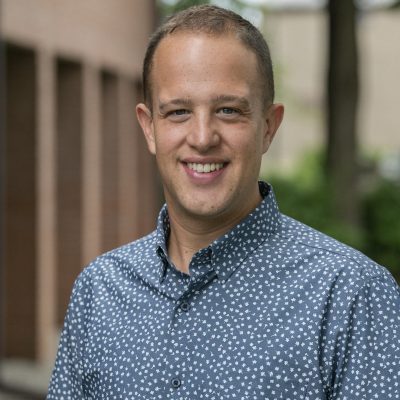 In Matthew 10:1-4, there’s a seemingly benign list of names of Jesus’ apostles.

Included in this list are “Simon the Zealot” and “Matthew the Tax Collector”. I believe that the inclusion of these two names provides a powerful truth for us as we navigate a heated election season in America. Here’s why:

Simon was a Zealot. Zealots were the extreme anti-government movement in that time. They hated Roman occupation. There was even a faction among them called sicarii or “daggermen”, who would sneak around to stab Roman guards!

And then, there was Matthew, a Tax Collector. This was someone who worked FOR the Roman empire.

An anti-government radical and a government insider in the same small group!

Simon and Matthew were able to live in community together. Their inclusion as disciples reveals a stunning vision of community from Jesus. Jesus invites some of the most politically divergent groups from his time to a new loyalty that transcends all other loyalties.

This was possible because Jesus breaks down barriers and prays that his followers, regardless of political or social ideology, “may all be one” (John 17:21).

The Gospel gives us the power to love people we disagree with. We are liberated to engage politically when we remember that we are sinners saved by grace, rescued by Jesus, who did not cling to status or power.

It’s natural to be thinking about Elephants and Donkeys right about now, but we remember that followers of Jesus ultimately worship a Lamb. This Lamb would lay down his own life for people who would go on to reject him.

So many people are already hopeless about our political division and discourse as a country. Let’s make sure that when people look at the church, we actually have good news to offer them.

May we pursue a political identity that is secondary to our allegiance to the Kingdom of God. That’s a vision I’m hungry for! This is how we show the world we are his disciples!